Grenfell Inquiry: Celotex says ‘misdescribed’ test result had no bearing on use of its product

Celotex has admitted ‘unacceptable conduct’ over the way it described its insulation in its marketing but insisted this had no bearing on the decision of others to use it on Grenfell Tower. 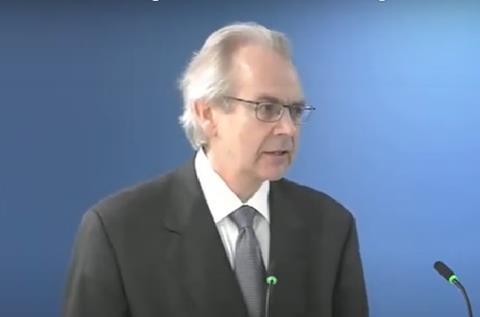 The inquiry heard that in 2014 Celotex added other products to a BRE test of its cladding system to show that its RS50000 product, which was subsequently used on Grenfell Tower, was safe for use on tall buildings.

James Maxwell-Scott, a lawyer representing Kensington and Chelsea council, said: “The other products were not chosen because they were representative of a typical rainscreen cladding system. Far from it. They were deliberately and cynically chosen for their fire performance, in the hope that they would increase the chances of the system passing the test.”

Maxwell-Scott said that Celotex then informed cladding subcontractor Harley that the RS5000 product itself was acceptable for use of buildings above 18 metres and that his was “wholly misleading.”

He said:“The test had no validity unless RS5000 was installed in an identical system to that tested by BRE” He added: “Celotex knew that Grenfell Tower was a high−rise residential building. It knew the attributes and chemical composition of RS5000. It should never have targeted the Grenfell Tower project.”

Craig Orr, representing Celotex, re-iterated to the inquiry yesterday that the “misdescription of the tested system in the product literature and the BRE reports..involved unacceptable conduct on the part of a number of former Celotex employees and should not have occurred.”

However, Orr said this had no “causative impact” on the specification and use of RS5000 on Grenfell Tower.

“There is no evidence that any construction professional involved in the refurbishment read, let alone relied upon, the description of the tested system in the product literature or the BRE reports…the misdescription of the tested system did not, therefore, affect the way in which the cladding system at Grenfell Tower was specified, designed or constructed”, said Orr.

Orr also said that “any competent” construction professional would have understood that RS5000’s suitability for use in any other cladding system aside from that in the test would need to be “separately assessed by the project designer.” He also said that Celotex’s sole role in relation to the Grenfell refurbishment project was as a manufacturer of insulation specified and used by others.

He said: “Celotex was not part of the design or construction team on the Grenfell Tower project. Celotex is not an architect , designer, building contractor or fire engineer. It does not design, manufacture, supply or install cladding systems, and it did not do so at Grenfell Tower.

“It also does not install insulation , and it did not do that at Grenfell Tower. Celotex’s sole role in relation to the refurbishment was as the manufacturer of insulation specified and used by others”

>> See also: Decay, delay and deregulation: what we have learnt from the Grenfell Inquiry

He also said Celotex commissioned a further test result, replicating as closely as possible the system described in its literature, and this has passed.

The inquiry continues today with closing statements from the Department for Levelling Up, Housing & Communities and fire safety engineers Exova.