Listed land trader and housebuilder Inland Homes has received permission for a 1,525-home conversion of former military barracks in West London in its latest deal with the Ministry of Defence.

Acting on behalf of an investor, Inland Homes secured permission at planning committee last night from Hounslow Council for a hybrid application drawn up by architect TP Bennett which includes full permission for 765 homes and outline permission for a further 760.

In addition, the permission, which Inland estimates has a gross development value of £600m, includes 1,652 sq m of non-residential floor space, the extensive conversion of existing historic barracks buildings, including 14 Grade II listed buildings, and the creation of outdoor space including sports pitches. 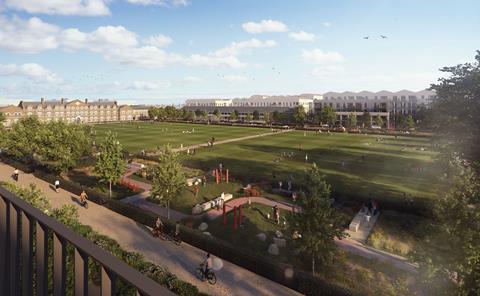 The permission on the Cavalry Barracks scheme close to Heathrow airport is some welcome positive news for AIM-listed Inland Homes, which a month ago saw its co-founder and chief executive Stephen Wicks step down after the firm posted a surprise profit warning citing “contract and planning delays and cost inflation”. It has appointed advisors Lazard & Co. to conduct a “strategic review” of the business.

Inland, which advertises itself as having a “capital light” business model, does not own the Cavalry Barracks site, but says it has so far earned fees of £19.5m from the transaction, which is its largest to date with the MoD.

Inland said it will now act on behalf of the project investors and work with Hounslow to negotiate a Section 106 agreement for the 36.7 acre site “within the next few months.” It said it will then support the investor through a site disposal plan, “which will crystallise the value and facilitate the payment of the fees earned by the Group.”

Nish Malde, interim chief executive officer at Inland Homes, said: “The historical significance, location and scale of the Cavalry Barracks make this an exceptional brownfield site and we are delighted to have worked with the London Borough of Hounslow to have secured a resolution to grant planning permission on behalf of the project’s investor.

“We look forward to finalising the terms of the Section 106 as quickly as possible so that the next phase of the Cavalry Barracks’ story can begin.” 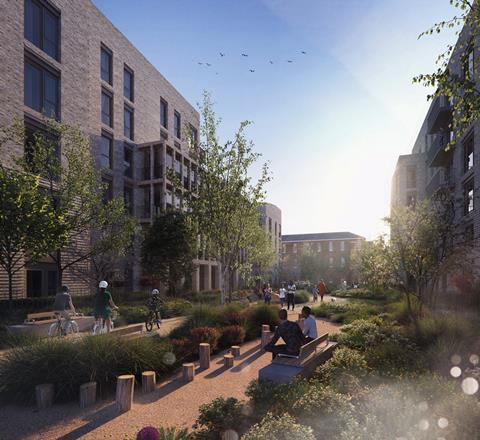