By Ross HendersonSeptember 23, 2022No Comments

Housebuilders have welcomed the government’s move to slash stamp duty set out today, but some commentators remain sceptical the move will result in a significant increase overall housing affordability.

Kwasi Kwarteng, in the first fiscal event under the Truss government, announced the changes as part of a tax-cutting, deregulatory budget aimed at boosting economic growth. The government announced the duty-free threshold will rise from £125,000 to £250,000, and the first-time buyer threshold from £300,000 to £425,000. First-time buyer stamp duty relief will be available for properties worth up to £625,000 rather than £500,000. 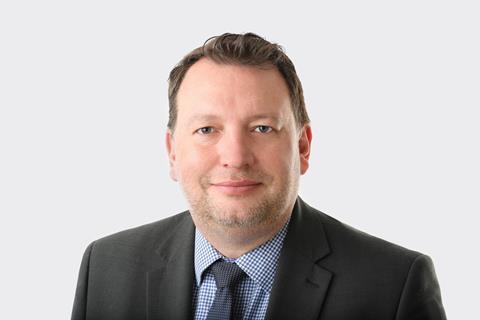 A spokesperson for the Home Builders Federation said: “We welcome the stamp duty cut that will help support buyers, particularly first-time purchasers, stimulate demand for new homes and generate market and economic activity.

He added: “Alongside such demand side measures, we are also keen to engage with government on removing barriers to supply so we can deliver much needed new homes.”

He said: “In its current form, stamp duty eats into people’s deposits, impacting affordability and ultimately penalising those looking to relocate for work or wanting to downsize as part of retirement plans.

“While we welcome today’s change, we would encourage the government to consider further steps to reduce the stamp duty burden by reducing the tax bands across all levels, and introducing a lower, flat rate of tax for all homes.”

Mark Powell, group sales and marketing director of Bloor Homes, said: “Cutting stamp duty costs could help many people buy quicker than they had previously thought possible. It may even mean that some people are able to buy a bigger home than they had originally planned on purchasing.”

However, commentators have questioned the extent to which the cut will help affordability.

Nick Whitten, UK head of residential and living research at JLL, said: “Despite the increase in the first-time buyer stamp duty exemption level, the likely house price growth that it will fuel could ultimately hurt those aspiring purchasers more than it helps them. And this increased affordability pressure comes at a time when their main support product Help to Buy is coming to an end.

“The UK is facing an acute housing shortfall – we build far too few homes to meet demand. The stamp duty reduction is unlikely to be the policy silver bullet to fix that.”

Catherine Williams, partner and head of living at Shoosmiths, said: “While creating an uptick in activity, these concessions are unlikely to ease the pressures the UK housing market currently faces. This risks creating another mini-boom and furthering the lack of affordability loop.

“The changes are unlikely to have a significant effect in London and the South-east, with the Chancellor not taking the opportunity to address the existing inequities in the stamp duty system.”

Oliver Knight, head of residential development research at Knight Frank, said: “Stamp duty relief on land purchases within investment zones will be welcome at a time when build cost inflation is running in double digits and new regulations are pushing up costs. However, they will need to go hand in hand with measures to meaningfully increase the supply of sites to market”.