By Ross HendersonSeptember 4, 2022No Comments

The government is seeking the views of renters, landlords, councils and housing groups on new housing standards proposed for the private rented sector.

The Department for Levelling Up, Housing and Communities today (Friday) launched a consultation on the Decent Homes Standard, which already applies to the social housing sector, and would legally bind private landlords to ensure properties meet a set standard. 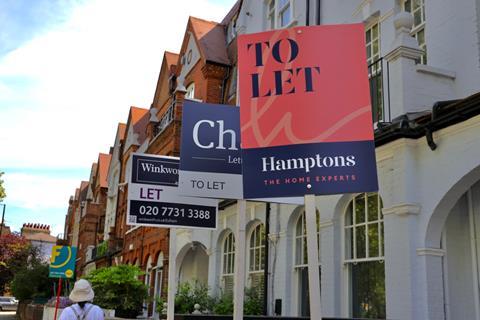 More than a fifth of 4.4m privately rented homes in England are in poor condition according to the government, which aims to halve the number of poor-quality rental homes by the end of the decade.

The consultation asks whether new standards – which could cover the state of domestic facilities and the presence of serious hazards like major damp or fire risks – should be introduced and how they should be enforced.

Housing secretary Greg Clark said: “I want to see a thriving private rented sector, but that does not mean that tenants should have to suffer homes that are not of decent standard.”

Alicia Kennedy, director of Generation Rent, welcomed the plans, saying there was “no reason why private tenants should expect a worse service than social tenants,” who have been covered by the decent homes standard since 2001.

She added: “This crucial measure will help tenants get value for money, whoever they rent from, and stop landlords from profiting by cutting corners.”

“In the end, all the laws in the world will do nothing without improved enforcement against the minority of landlords who tarnish the reputation of the responsible, law-abiding majority,” he said.

“That requires properly resourced councils tackling the criminals and rogues, whilst allowing the responsible majority to easily prove their home is safe and compliant.”

The housing spokesperson for the Local Government Association, Cllr David Renard, said it was “vital” that councils were resourced to support the standard’s implementation.

“To go even further towards tackling insecure and unfit housing, we would like to see inappropriate Local Housing Allowance rates addressed, and councils to have stronger selective licensing powers by removing the requirement for Secretary of State approval for larger schemes,” he said.

The consultation will run for 6 weeks.