By Ross HendersonAugust 14, 2022No Comments

Sadiq Khan is ‘closely monitoring’ the delivery of the affordable homes programme in London, amid warnings that inflation could make development unviable.

The mayor, who administers more than a third of the £11.5bn programme’s funding, is aware of the ‘pressure’ on developers, a city hall spokesperson said.

A spokesperson said: “His team are closely monitoring scheme delivery and the state of the wider homebuilding industry, including factors that might impact programme delivery.”

He added: “The mayor is aware that increasing inflation and interest rates are putting immense pressure on all areas of society, including the construction sector, which is still feeling the impact of the pandemic and Brexit.” 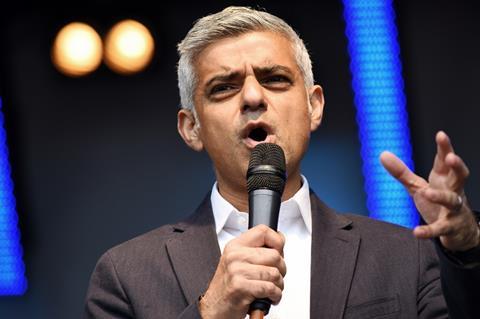 Khan is calling for central government to make extra grant funding available for the AHP in London.

The mayor’s comments follow a report by the Department of Levelling Up Housing & Communities (DLUHC) earlier this week which admitted soaring inflation is a ’major risk’ to the success of the flagship AHP, which is expected to deliver 160,000 homes over five years, including 35,000 in London.

The DLUHC report warned that the “sudden and unforeseen” increase in inflation is not reflected in “initial bids and grant rates”. Whereas the Greater London Authority and Homes England, which administers the AHP outside London, can increase grant rates for individual developers there is limited funding for the programme as a whole.

See also>> A higher grant rate and more flexibility – will the AHP be a game-changer?

The call for increased grant was backed earlier this week by the Chartered Institute of Housing (CIH) . John Perry, policy adviser at CIH, said: “Given rising costs of labour and materials, an impact on investment looks inevitable. The only way to address this is by raising grant levels”.

Housing associations including L&Q, Optivo, EMH Group and Thirteen Group have called for grant levels to reflect inflation. Many housing associations are also understood to be reluctant to increase their rents by the maximum permitted consumer price inflation plus 1% in September to protect existing residents from cost-of-living impacts. This would further reduce income and potentially hit funds for development.

A DLUHC spokesperson earlier this week said: “We keep all our programmes under regular review, and work with Homes England and the GLA as well as housing associations and other providers to understand any risks to delivery, including the effects of inflation.”

To contribute ideas to our A Fair Deal for Housing Ideas Zone database, click here.