House prices fell in July for the first time in over a year, according to the latest figures from the Halifax.

The mortgage lender said the average price of a home fell by 0.1%, the first drop since prices fell between June and July in 2021 in the wake of the removal of the temporary stamp duty cut. The drop comes amid fears over the health of the housing market in the wake of yesterday half point interest rate rise, and the prediciton by the Bank of England the UK economy will next year enter a lengthy recession.

The Halifax said the month on month drop saw the annual rate of growth ease slightly, but remain still high, to sit at 11.8%, with a typical UK property now costing £293,221. 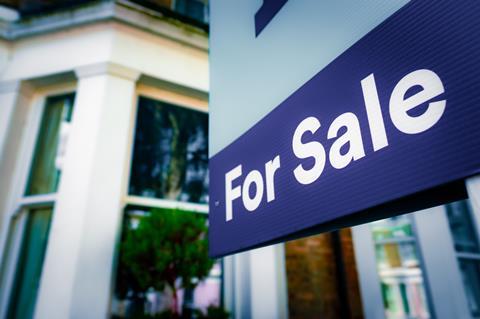 The drop comes after four consecutive months of price rises of more than 1% per month, with annual price inflation peaking last month at 12.5%. Halifax said that Wales and the South west of England remained the areas with the strongest price inflation, with London still seeing the weakest – albeit price growth here is stronger than it has been for five years.

The reported drop comes after the Nationwide and Zoopla both reported marginal increases in prices, of 0.1% for the last month.

Russell Galley, managing director of Halifax, said it was important not to read too much into any single month’s figures, especially given the fall is only fractional, but that “a slowdown in annual house price growth has been expected for some time”, and that a “slowing of annual house price inflation […] seems the most likely scenario.”

He said: “Leading indicators of the housing market have recently shown a softening of activity, while rising borrowing costs are adding to the squeeze on household budgets against a backdrop of exceptionally high house price-to-income ratios.

“Looking ahead, house prices are likely to come under more pressure as market tailwinds fade further and the headwinds of rising interest rates and increased living costs take a firmer hold.”

Nicholas Finn, managing director of Garrington Property Finders, said the news yesterday from the Bank of England predicting a recession next year was now only likely to slow the market further.

“Until now, first-time buyers have been rushing to get on the property ladder for fear higher rates would sabotage them.

“At some point, buyers come to the conclusion that chasing the market isn’t worth it. It’s incredibly difficult to predict when that moment comes but, with [Bank of England governor] Andrew Bailey not mincing his words and disposable incomes collapsing thanks to the energy and cost of living crisis, it may well have arrived.”