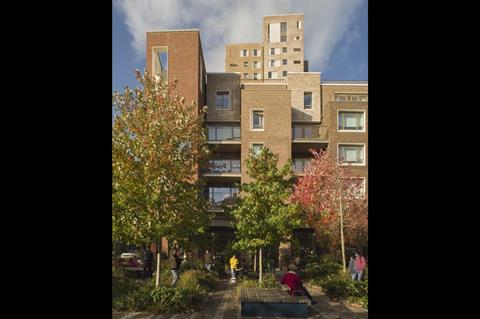 Two housing projects have been included on the shortlist for the 2022 Riba Stirling Prize for the UK’s best designed new building.

Orchard Gardens, a 228-home scheme which forms part of the £2.5bn regeneration of the Elephant & Castle estate in south London, and an 11-storey housing block alongside a new school in Hackney, have both been shortlisted for the prestigious architecture prize, the Riba has revealed. 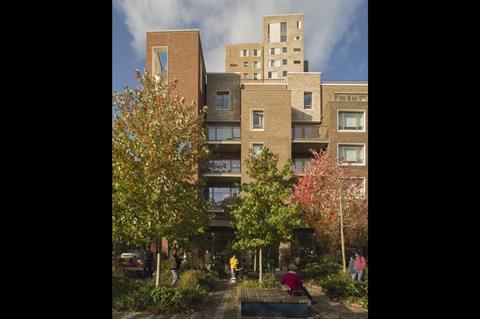 The judges described Lendlease and Southwark Council’s Orchard Gardens scheme, designed by Panter Hudspith Architecture, as “a playful cluster of buildings forming a new city block of 228 new homes and retail spaces wrapped around a communal garden”. They added it is a “a major element” of the regeneration programme”.

Among the shortlisted entries was also Hackney New Primary School and 333 Kingsland Road, a scheme designed by architect Henley Halebrown consisting of a new school with an 11-storey block consisting of 68 apartments, developed by Downham Road, a joint venture consisting of developer Thornsett, the Benyon Estate and the Department for Education. 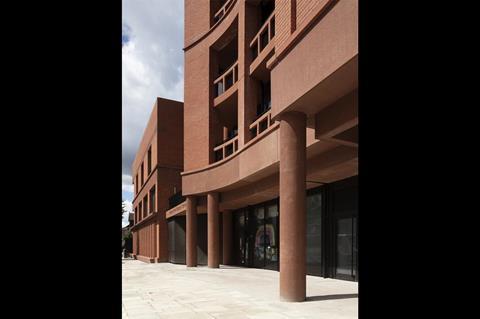 The news came as Riba announced the finalists of the 2022 Neave Brown Award for affordable housing in the UK.

Riba said the scheme “successfully illustrates how local authorities can provide new high-density public housing that is sensitive and does not require the demolition of existing homes”.

The buildings feature chamfered corners and were praised for containing “intricate” spaces to deal with the site constraints and for their “subtle humansing effect” on the modernist post-war estate.

It is the second consecutive time the practice has been nominated for the award, after winning last year’s prize for its 26-home townhouse scheme at McGrath Road in Stratford.

It is centred around a triangular village green and was praised by RIBA for its “good balance of order and informality, in contrast to some other developments nearby.”

Riba added that the individual homes are “simple and unfussy without being stark”, and welcomed the practice’s objective of achieving a step change in the design quality that is expected of rural housing schemes.

“An exquisitely detailed timber-framed library and study space, designed to replace that previously gifted by Samuel Pepys and projected to survive for another 400 years”