A 7,000t launching girder will install 1,000 individual segments across the 3.4km long viaduct route across a series of lakes and waterways between Hillingdon and the M25.

Originally built in 2004, the launching girder was first used during the construction of the Hong Kong East Tsing Yi Viaduct.

Specially designed to handle complex viaduct construction, the machine is named ‘Dominique’ in memory of Bouygues engineer Dominique Droniou who played a leading role in its design and development.

It will carry and place each unique viaduct segment weighing up to 140 tonnes. Once each section is complete, the machine will inch itself forward into position to build the next stage.

Some 56 piers each weighing around 370 tonnes are being constructed along the Colne Valley route ahead of the girder, with the girder crawling from one pier to the next, installing the deck segments as it goes.

One segment is put in place each side of the central pier, using a cantilever approach to balance the structure, as two half-arches either side of each pier are constructed simultaneously. Steel tensioning cables will be threaded through the segments to strengthen the bridge.

To allow for the gentle curves of the viaduct as it crosses the valley, all the segments are slightly different shapes and made on site at a purpose-built temporary factory close to the north abutment. 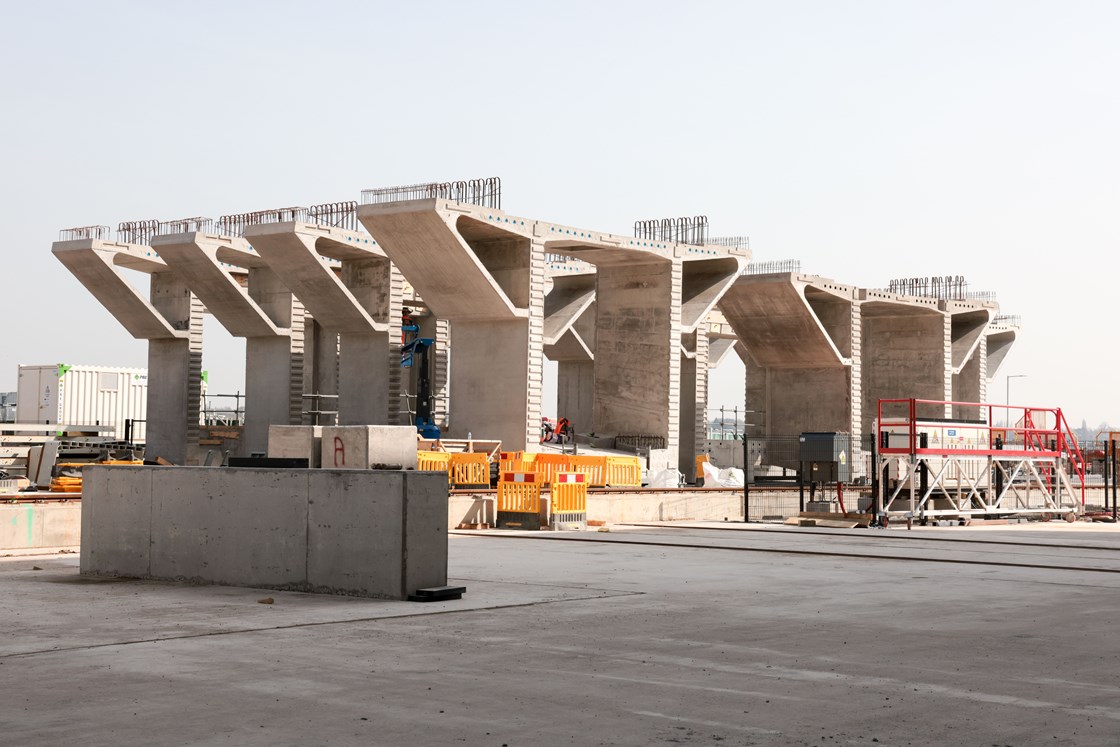 The huge viaduct project is being led by HS2’s main works contractor Align JV – a team made up of Bouygues Travaux Publics, Sir Robert McAlpine and VolkerFitzpatrick.

Align Project Director, Daniel Altier said: “The start of the erection of the deck segments marks the latest important milestone for Align, relating to the construction of the Colne Valley Viaduct.

“There has been a lot of hard work involved to get us to this point, and the achievements so far are a great example of what collaboration and excellent teamwork can deliver. I would specifically like to acknowledge the contribution from our supply chain partners – VSL, Kilnbridge, KVJV, VolkerStevin, Tarmac, Sendin and Vaughan Plant Haulage.” 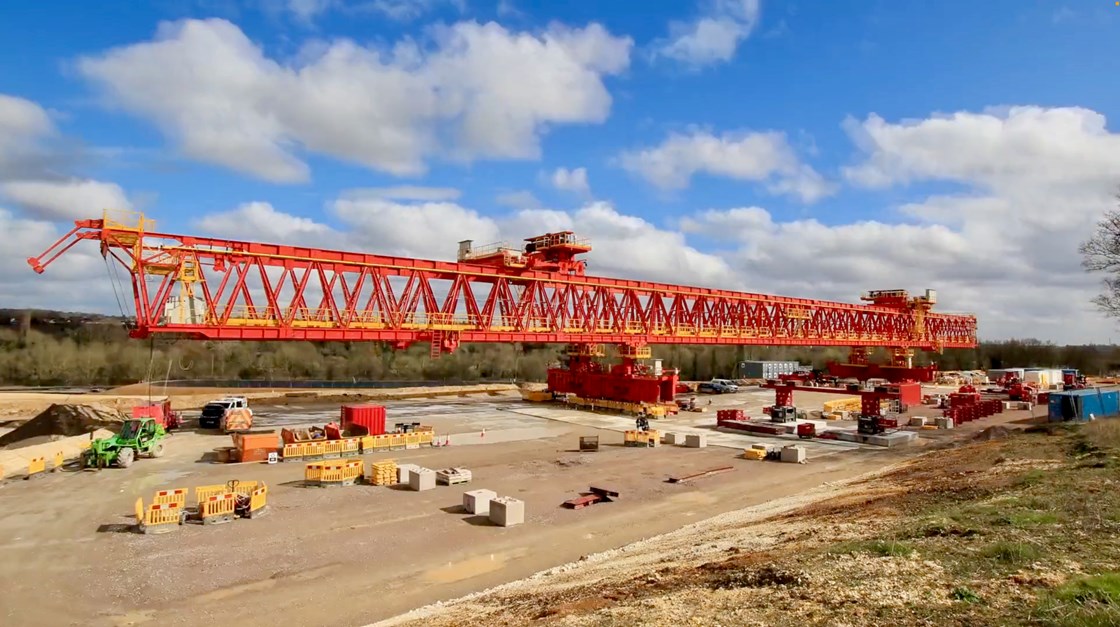 The design of the Colne Valley Viaduct was inspired by the flight of a stone skipping across the water, with a series of elegant spans, some up to 80m long, carrying the railway around 10m above the surface of the lakes, River Colne and Grand Union Canal.

In another visible sign of progress on the project, the team have also completed the construction of three of four jetties across the lakes to get equipment into position to support the construction and help take construction vehicles off local roads.